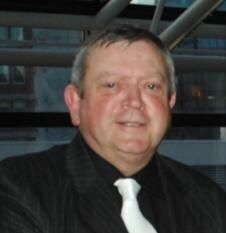 Francis is a native of Dundalk, Co. Louth where he currently resides with his wife Maeve. They have one daughter Aoife who is well-known in dancing circles having won six World Championship titles.
From an early age Francis danced at the famous Matthews School under the tutorship of the renowned teacher and adjudicator Mrs Pat Matthews, winning many titles in both solo and ceili championships at Ulster, All-Ireland and World level.
Following his success as a dancer, Francis progressed to become a teacher, adjudicator and grade examiner and is currently an Irish examiner with An Coimisiún. He was one of the teachers of Scoil Rince Oirialla and later Scoil Rince Ard-Rialla whose pupils won many major titles including over twenty World Championships. He currently teaches with the Ard Rialla – O’Donoghue school.
A long time member of An Coimisiún le Rincí Gaelacha, Francis spent three years as Chairman of the Oireachtas Committee followed by some time as the Public Relations Officer of An Coiste Oireachtas and was appointed as Chair of An Coimisiún in 2017. He has also been Chairman of the Management & Finance Committee of CLRG as well as Chairman of the Ulster Regional Council.
He is delighted to be on the Board of the Marie Duffy Foundation and looks forward to supporting its work.