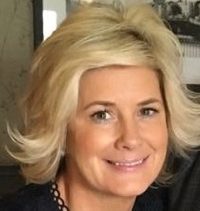 Though a native of County Mayo, Hilary spent her early years growing up in Galway. She danced with The Celine Hession School, successfully competing in many competitions throughout her dancing career, including gaining top 5 Solo World medals and World Champion Team medals. Moving to London in 1990, Hilary then danced with Tony Tyrrell for a couple of years, qualifying as a teacher herself in 1991, as an Adjudicator in 1998 and as a Grade Examiner in 2013.

Driven by her passion for and commitment to Irish Dancing and, with a desire to teach, she set up her own school, Scoil Rince Ceim Oir, in 1992. Always with an emphasis on “One Team, One Heart”, her school quickly grew and today has multiple teaching venues in West London. Her dancers have attained international acclaim and are holders of all National, International and World titles, for both individual and team dancers. Members of the school also perform around the world in professional shows such as Lord of the Dance and have appeared on various TV shows, Fleadhs, and theatres and have performed for members of the Royal family at the Royal Albert Hall.

Hilary and Marie crossed paths many times over the years, and having worked more closely together on the organising committee to stage The London Worlds in 2014, Hilary and the school became involved with The Marie Duffy Foundation. Always with a community and team focus, the school has long supported charities such as The Tommy Hollis Fund and now additionally host fund raising raffles and events at the annual Ceim Oir Open Feiseanna in support of the Foundation.

Hilary is delighted to have been appointed as a Trustee of The Marie Duffy Foundation in 2017.